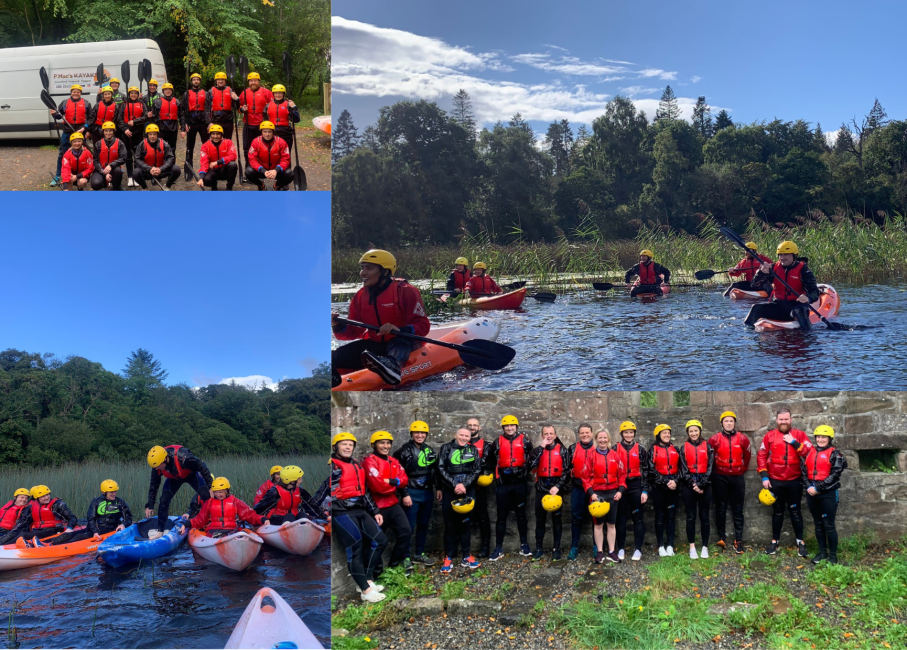 The afternoon was spent breathing in the fresh air with P.Mac’s, kayaking – or trying too. 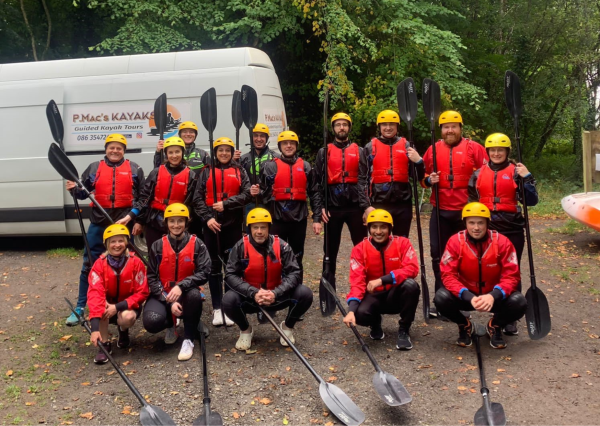 Maeve from ProCloud said “We started with the game of not letting the paddles drop and it felt very interactive as a team from the start and it really brought out peoples competitive side”. 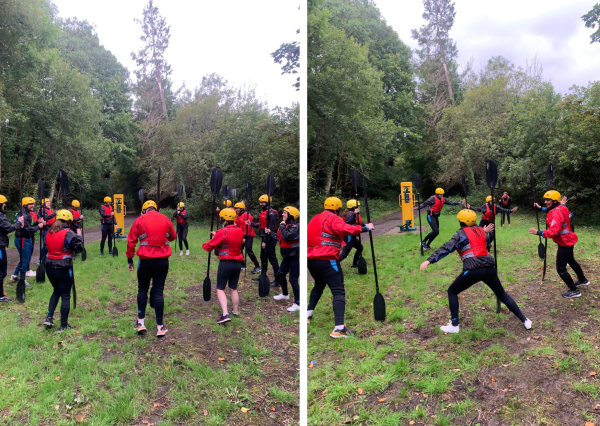 The fun started off with some warming up…… 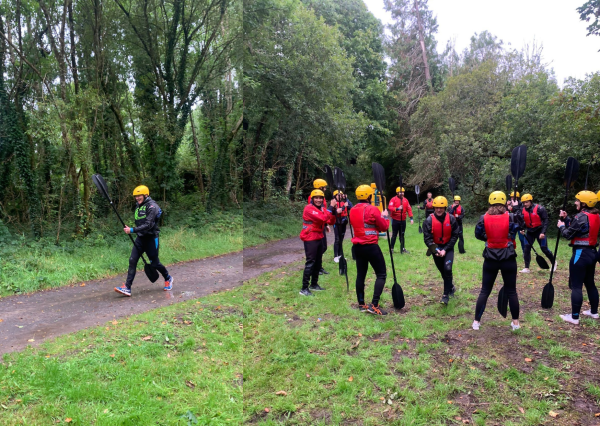 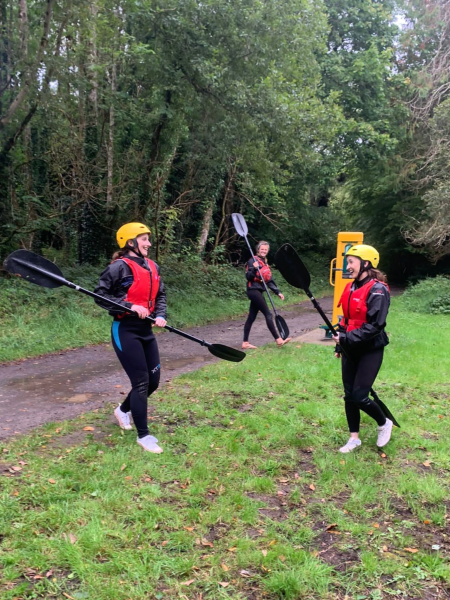 ….where Maeve and Shauna celebrate the ladies making it to the final of the first challenge 🏆

Maeve said “We had heard before the sessions that there would be some games and you wouldn’t be staying dry and I think the games really made the session”.

“Kayaking to Trinity island and getting out to see the ruins was a nice way to learn about some of the local history”. 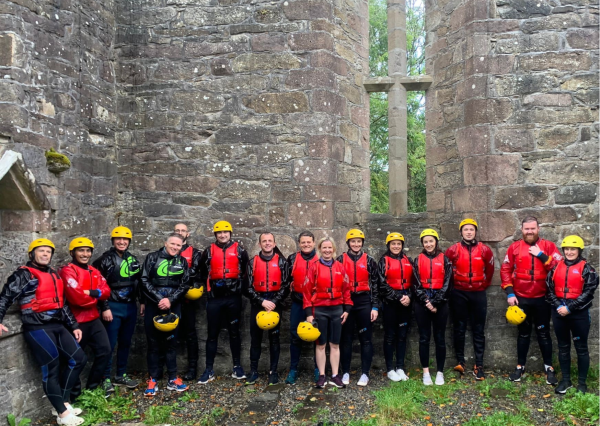 The ProCloud team lined up the kayaks, and had to run from one kayak to another without falling into the water…..Maeve had this to say “The games were great fun and it was a good way to work together as a team and have a laugh by pushing each other off and helping them get back into the kayak. I found the session really enjoyable and would do it again”. 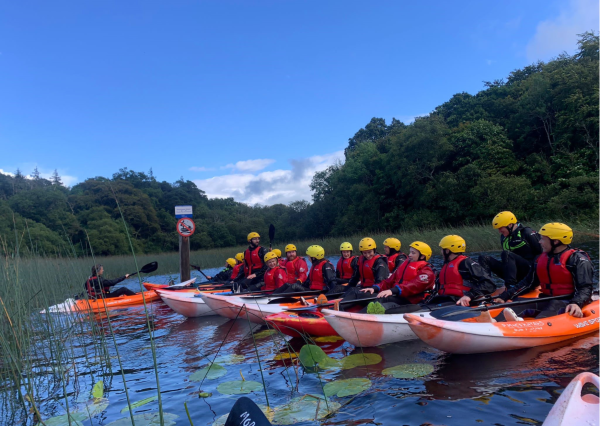 Pearse and Gary, on your marks, get set, 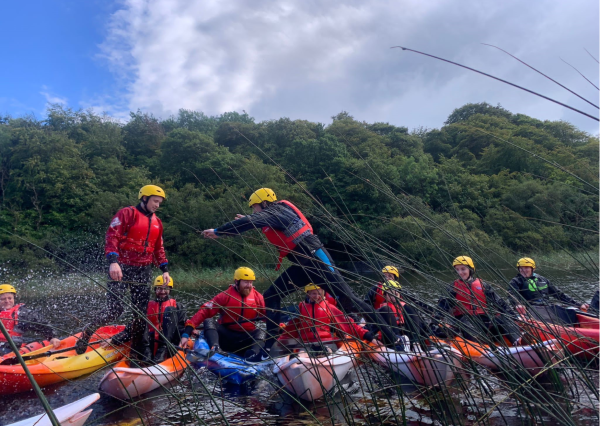 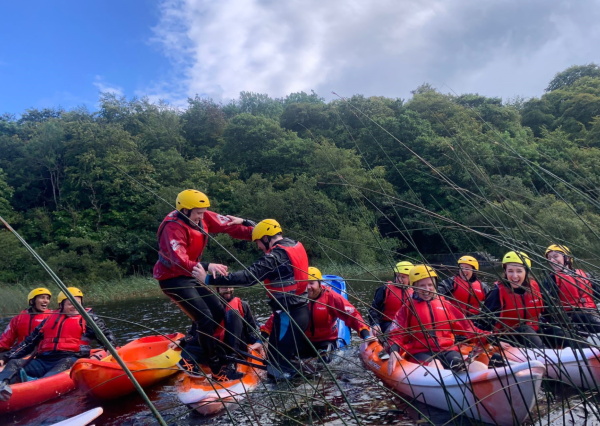 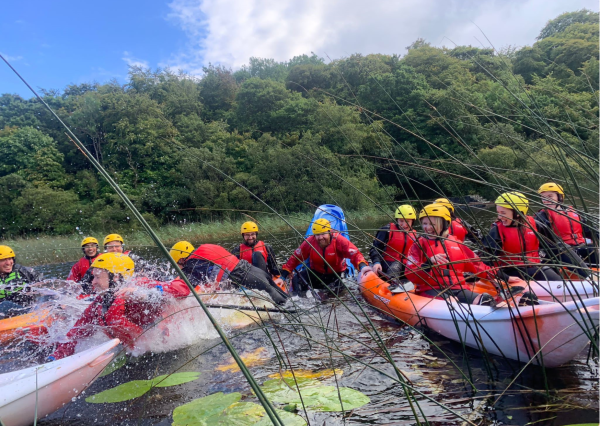 Micheal holds on for dear life, saving himself from Pearse and Gary’s disaster.

While Owen is swimming for survival…. 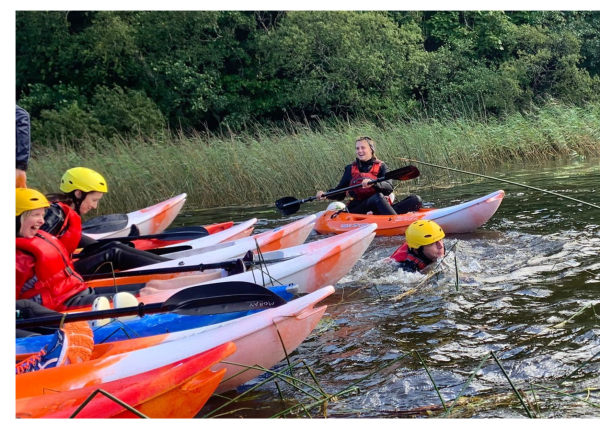 Brian and Joe show their experience by making a clean cut. 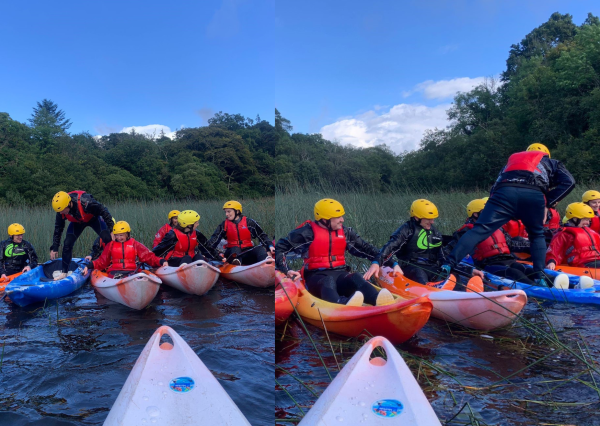 Alanna and Lisa make a brave dash for it, as Shauna relaxes in the water. 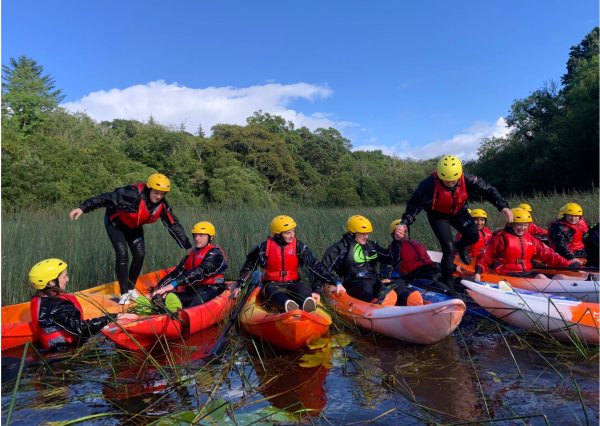 As Shauna remains relaxing in the water, Val has a go. 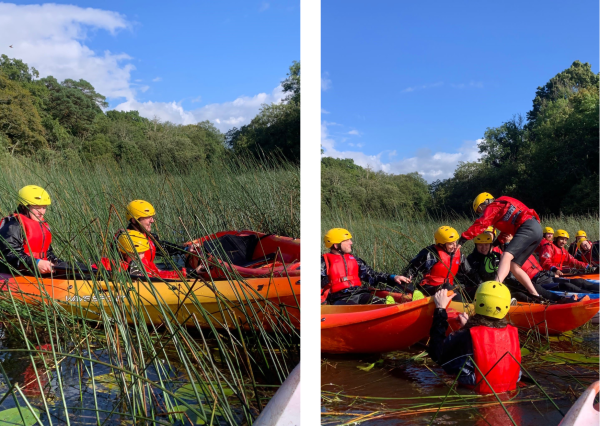 Now its Conor’s time to chill in the water while Vinay, Mosab, Rafal and a few others have a giggle.. 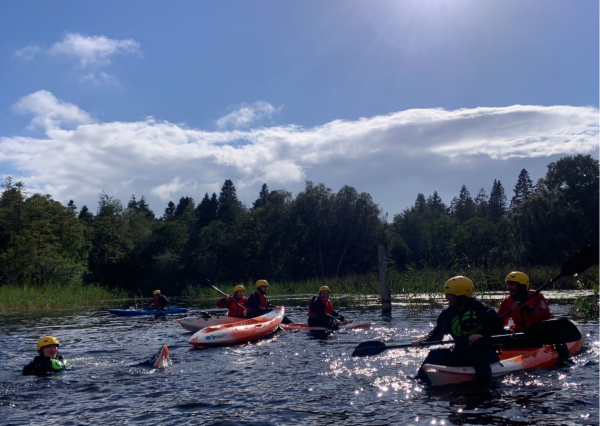 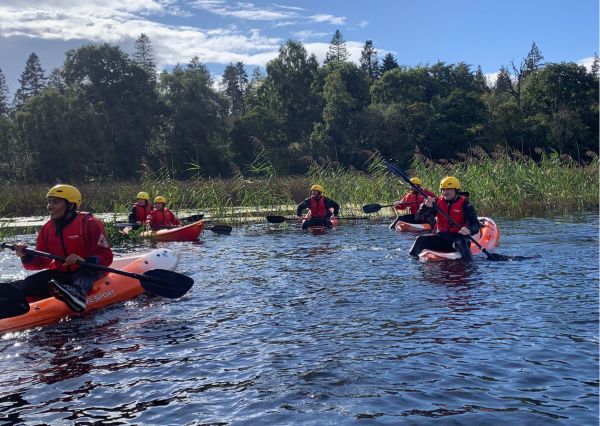